Why we have a core value of transparency at our startup, and why the reasons don't matter 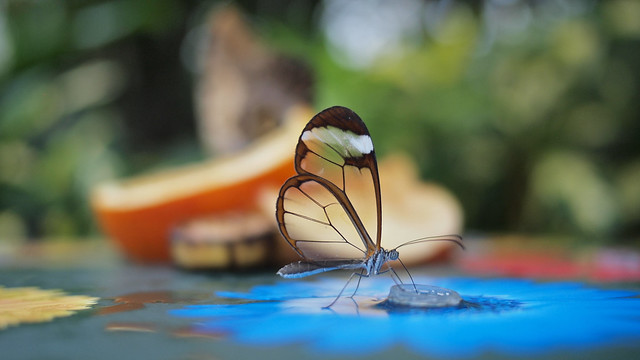 Since the beginning of Buffer, we've always shared all of our learnings and failures. Over time this developed into a more defined goal and principle as part of the values of the company.

Since we defined our value of transparency within the culture as "Default to Transparency", we found many things within the company that we weren't being completely open about, and we put them out there for the world to see.

We've generally found that we are sharing a lot of things which are somewhat taboo or at least unusual to be shared publicly. As an example, here are some of the current numbers and things we share:

Why be so transparent?

For us, transparency came quite naturally. Myself and Leo always felt very comfortable and excited to share our learnings. It helped us get more feedback about decisions and it was a way to help others who are getting started.

We weren't always as transparent as we are today, our openness grew as the company expanded. We had a vision to continue becoming more open and we've been lucky to find people to join the team who encourage more openness rather than warning and being hesitant about potential downsides.

In the recent months, I've been asked many times why we would choose to be so transparent. If I'm completely honest, it's not something I had given all that much thought. I think being transparent is a little like creating a startup: if you focus on the downsides, you'll probably just never do it. At the same time, I wanted to have good answers and it felt responsible to give it real thought.

One of the business books that's had a large impact on me as I've started to grow a team is The Five Dysfunctions of a Team. It's a leadership fable which explains five dysfunctions that often exist in teams, and how to solve them in order to become a more effective team.

The first of the five dysfunctions is "Absense of Trust": In the book, the author describes it as follows:

"Trust is the foundation of real teamwork. And so the first dysfunction is a failure on the part of team members to understand and open up to one another. And if that sounds touchy-feely, let me explain, because there is nothing soft about it. It is an absolutely critical part of building a team. In fact, it’s probably the most critical." - Patrick Lencioni

Lencioni goes on to explain that being vulnerable amongst teammates and being comfortable having debate and conflict is critical to building trust.

For us, we've found that transparency is another great way to build trust in a team. If all the information about everything that's going on is freely available, that helps everyone to feel completely on board with decisions.

Based on my learnings from the Five Dysfunctions of a Team, I believe the following to be true about transparency in relation to trust:

Transparency breeds trust, and trust is the foundation of great teamwork.

This trust extends to customers, readers of our blog and anyone who interacts with us on any level. We believe that being open helps us to build trust and share our reasoning for the features we have, our pricing, what we blog about, and many other choices.

2. Transparency helps with innovation as a company grows

One of the interesting (and exciting) consequences of growing from a few founders to a 20+ person team and beyond, is that the innovation and decision making has to become distributed. It is both a challenge and a joy for me that I will most likely not be the one who figures out our next biggest product improvements and innovations.

That's where transparency comes in. As you grow and you expect your team to make the same decisions you would, they need to have all the details that you have. Keith Rabois put this really well in an article on First Round Capital:

"if you want people to make the same decisions that you would make, but in a more scalable way, you have to give them the same information you have" - Keith Rabois

Another key benefit we've seen, which wasn't necessarily our reason for transparency, is one which Whole Foods cares deeply about: eliminating unfairness and inequality.

We have a formula which determines the salaries of everyone in the team. It has a number of factors such as your role, experience and location. As an example, one factor the formula doesn't have, is gender. When you determine salaries in a more ad-hoc way or through negotation, I think a lot of inequality could creep in.

John Mackey, co-founder and CEO at Whole Foods said that with transparency "any kind of favoritism or nepotism is seen".

4. You open yourself up to more feedback

By practicing transparency, we've found that we get much more feedback on our decisions. For us, we try to take in all that feedback and make adjustments based on it. For example, when we shared our salary formula, we had a lot of comments from people mentioning to us that we weren't paying high enough salaries for people in the San Francisco Bay Area, so we made an adjustment to the formula. Now we're in a much better position to attract new team members in the Bay Area.

It's great to get this feedback. It can be a challenge: we've tried to work on ourselves and grow a team which enjoys and embraces the feedback we receive. As we grow, the feedback has increased too, which will become an interesting aspect to handle. It's one of the reasons we have a large customer happiness team and strive to provide great customer support.

In truth, we don't have a reason for our transparency, it's just one of our principles

One of the most interesting business books I've recently read is Joy at Work by Dennis Bakke. Bakke was the co-founder and CEO of a large US energy company called AES, which reached $8 billion in revenues and 50,000 employees. They operated in a highly unusual, decentralized business model and they had a core value of Fun. In his book, he argued that it is dangerous to tie benefits and reasons to your core values.

"I kept saying that our values were not responsible for the run-up in our share price and should not be blamed for any down-turns in the future." - Dennis Bakke

Bakke explained that as soon as you tie your values to performance, it means that you will question them when you hit a tough patch of your journey.

For us, we believe that transparency at its core is honesty, and it's a value that we want to live by no matter what.

It seems that it is very important that you determine good values if you choose to take this approach. For example, your methods should change a lot. Your principles or values should rarely need to be altered.

All that to say, despite all the benefits we see, those are not reasons that we are transparent. They are nice side effects, and there are downsides too, and we are happy with both aspects.