Why I crave mistakes 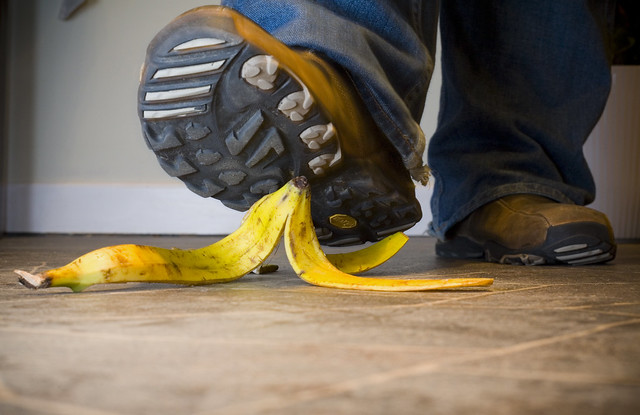 I’ve mentioned many times before on this blog that I learned a huge amount through my previous, not so successful startup OnePage which I spent one and a half years pursuing.

A lot of the reason we got traction and reached product/market fit so fast with Buffer was due to my learnings from the time I spent on OnePage.

And using those learnings seemed to work out perfectly. For most of the first year of Buffer it felt like we had done everything right and couldn’t have done things any better. We hit product/market fit, got good traction and raised our seed round.

In that year, Leo and I spoke a lot about how we could do better than we were. We’ve had consistently good growth but we always want to grow faster. Alarm bells were ringing in our heads when we couldn’t think of many things we could do better. Over time, these alarm bells grew louder and louder, and we started to try more and more drastic things to trigger even faster growth.

The realisation of a few big mistakes

In the last few weeks, experimenting with more drastic adjustments has triggered the realisation of a few mistakes we’ve made:

As you gain traction, you don’t need to do more

One of the amazing things about gaining traction is that you have a massive amount of continuous immediate feedback about your product. This means that you have good validation for new features based on how often certain feature requests comes up. However, it also means you have lots you could build which you think would make many people happy.

We built out extensions for all browsers, added features to the web app, built mobile apps, built our Buffer button and acquired a great WordPress sharing buttons plugin. We only realised recently that we were spreading ourselves very thin. We’ve tried to change this recently, by focusing on a few things and improving them continuously rather than doing more. Kevin Systrom describes this very well, and Instagram is a perfect example of succeeding by focusing:

Internally we have started to say that “the extensions are Buffer, Buffer is a browser extension” rather than the extensions being “goodies” or “an addon”. We’ve already done a lot to improve the extensions and we’ve just hit 50,000 weekly active users for Buffer on Chrome, where the extension is starting to trend.

Even after product/market fit, qualitative feedback is invaluable

In the early days of Buffer, one of the things I did quite well was Steve Blank’s notion of "getting out of the building". When I built the product-less MVP to test whether people would want and pay for the product, I was in touch with many people via email and I had Skype calls to chat about the problems people had in being able to post consistently to Twitter. Ultimately, this lead to great traction when I launched and resulted in having the first paying customer after 3 days. The first paying customer was someone I’d talked with in the validation phase and had told me he would pay for Buffer if it solved the problems I had discussed with him.

We reached product/market fit for Buffer in the first 6 months, and since then we continued to receive qualitative feedback through customer support emails, but we stopped doing as many Skype calls. There’s no real good reason why, I think we just thought that perhaps it wasn’t scalable, or that we didn’t need much more feedback. The thing is, however, hearing someone’s voice and the way they describe their process of using a product, or the way they describe your product to you (and others) is extremely useful.

In the last few weeks, we’ve been preparing a whole new version of our Buffer browser extension experience, which as I mentioned above really is the single thing Buffer is all about now. Almost on a whim we decided it might be cool to do a few user interviews. We enabled the feature for them whilst on a Skype call, asked them to visit a web page we provided and then asked them to share that page using the Buffer Chrome extension. We asked them to talk aloud about their experience. It has been absolutely fascinating, and we found that a key element of our redesign was being misunderstood. We’re making changes and have another round of interviews planned next week.

Mistakes are learning, so I now crave them

These two recent realisations of mistakes we’ve made have been an amazing experience. I remember turning to Leo whilst walking to a steak place we often get dinner and saying “it feels so good that we’re finally realising some mistakes we’ve made during Buffer”. We went on to talk about how the more quickly we discover these mistakes, the faster we can learn the best approach.

In general, I think the more we can have a mindset where we crave mistakes because we know they are directly related to learning and progression, the better we can do. This quote sums it all up very nicely:

I’m genuinely very excited to uncover the next mistake.

How do you feel about mistakes? Do you enjoy the discovery of mistakes?