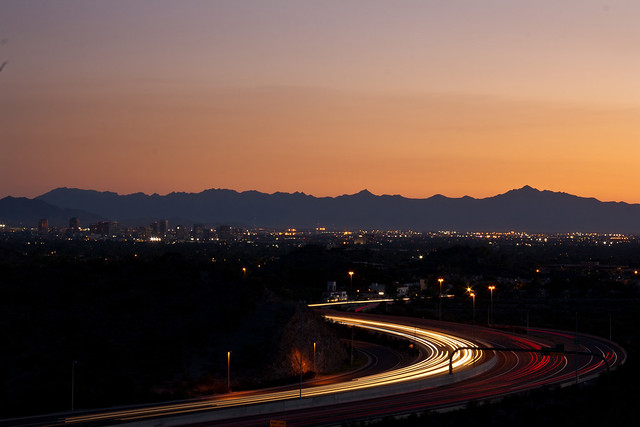 Go confidently in the direction of your dreams! Live the life you’ve imagined. - Henry David Thoreau

I can distinctly remember that for the month of December in 2010, and for much of January 2011, I did a lot of dreaming.

Back then, as I do now, I had a daily ritual of going for an evening walk before sleeping so that I could disengage from the day. I had discovered this helped me sleep better. By leaving my phone at home and setting off for my twenty minute walk, I had only my mind to keep myself entertained during the walk.

When I go on my walk, for the first five or ten minutes, my mind is usually occupied by thoughts about my current issues, challenges and tasks, or the highlights or low points of the day. After ten minutes, interesting things happen.

I would guess that for many of us, we rarely go for ten minutes without a task to do, a friend to talk to or a social network to check. I can tell you that in my experience, ten minutes of solitude leads to some powerful thoughts. It is fascinating to observe where your own mind wanders.

In December 2010, I had just launched Buffer and my mind often wandered to the thoughts about where this new side project might lead. Two weeks into the month, I had got two paying customers for Buffer, paying me $5 a month. This was a huge milestone for me, and the thought that kept occupying my mind was: could this ever make enough money that I could quit my day job? Another two weeks passed, and another two people started paying $5 per month. Now I was up to $20 of monthly revenue.

On my walks I day dreamed about the day when Buffer would make enough for me to quit my day job. Since these walks were just before bed, I also often had real dreams about this too. The number I had in my mind for this milestone was around $1,000 per month. On my walks, I remember calculating in my mind how long it might take at the current pace of paying customers joining Buffer. With 4 new customers per month, it was going to take a long time.

Then January rolled around, and things started to pick up. I became more focused and the product was improving fast. Leo had joined me and we were getting customers faster. I kept going on my walks and I kept having the same dream. In the first two weeks of January, we got another 4 customers: as many as the whole of December! We were now making $40 per month. But it was still going to take a long time to make $1,000 a month.

In February, things really started to change. The dreams I was having were starting to feel real, to feel possible. I kept going on the walks, and letting my mind wander back to the dream. By the end of March, I had dropped two of my five days of freelance work, I was just working three days a week and could spend the rest of my time on Buffer.

I felt like I was now working on making my dream a reality. By the end of May 2011 I had dropped my freelance work completely, and in June we hit our $1,000 per month milestone. We were growing rather fast.

I remember that I continued to go on my walks, and at times I would be amazed that this dream had now come true. I could remember exactly the feeling of going on a walk just a few months prior and imagining how amazing it would be to be able to work only on Buffer. On my own project, my own startup. Nothing else. And it was amazing. It felt fantastic.

What struck me, is that it might have been the fact that I let my mind wander, the fact I had these dreams, that made me push ahead during the early mornings and evenings and actually achieve those things. The dreams made me want it, even if I didn’t fully realize. The dreams meant that I had allowed my mind to be taken over by this objective.

These days, things are even crazier. When I stop to take a moment and truly appreciate where I am, I realize that I now have more than I could have ever dreamed of. That $1,000 a month goal is easy to forget. We now make $1,000 in less than half a day and if we don’t then something is wrong. And in a month, we now make a hundred times that original dream.

Now I have new dreams, and they can come true too.