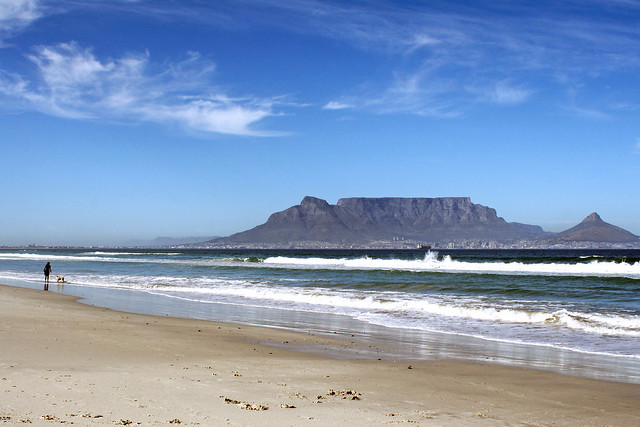 Thoughts on travelling with your startup

Buffer has been a crazy ride since I first had the idea back in October 2010. As we’ve grown the startup from nothing to 250,000 users, a $600,000 annual revenue run rate and a team of 6, we’ve done so from 4 separate regions of the world and experienced completely different cultures.

One thing we’ve wondered along the way and as Buffer has grown is whether it is truly possible to continue to grow at a rapid pace whilst moving around.

The journey around the world

It’s been a truly wild journey so far:

Buffer started in my bedroom in Birmingham in the UK. Birmingham is hardly the startup capital of the world, however after I reached the first paying customer Leo quickly came on board and we grew the startup to 20,000 users and almost enough revenue to cover our monthly costs.

Having dropped my freelance work, Leo and I decided we wanted to jump on a plane to San Francisco simply to see what the place was like. After speaking with experienced people, we decided fundraising made sense at the stage we were at. We managed to get a place on AngelPad and Tom joined us as soon as we did. After demo day we closed our seed round and got some amazing advisors on board.

Without visas to stay in the US, we had to choose where to move to. After an amazing time in SF, we wanted a new experience rather than heading back to the UK. We pulled up Google Maps and decided Hong Kong would be a good place to focus on product as well as somewhere to find balance and have new experiences. Whilst in Hong Kong we grew Buffer from 100,000 to 250,000 users and the team from 3 to 6 people: 3 in Hong Kong, 3 in the UK.

After 6 amazing months in Hong Kong, we sat down once again and thought about the criteria for our next place based on our experiences so far. It came down to the following:

The clear winner from our search was Tel Aviv. Having been here a week, we’ve had such a warm welcome and I’m excited about the progress we’ll make with Buffer here. I also hope to leave a little mark and help as many people as I can. Please get in touch if you’re in Tel Aviv and want to meet up!

Why you should travel with your startup

Having spent time travelling with Buffer, I can say there are definitely some great benefits to doing so.

Good for your startup culture

I think travelling at the early stages is fantastic for the culture of the startup. The “jump on a plane” mentality of being unafraid to do whatever it takes and going anywhere with your life packed in a tiny case is a great one to instill. This seeps into all areas and helps us ship fast and think big.

Opportunities to meet many amazing people

Luck combined with our approach of being vocal about our story and progress has meant being invited to speak and mentor at some great events in Hong Kong and Tel Aviv and we’ve been able to quickly meet a lot of people. This is great personally and for progressing the startup through shared connections.

Enjoy yourself and have great experiences

A key reason for us to travel around has been to simply see new parts of the world, experience different cultures and have lots of fun. Most of us have a routine of working 5 days on Buffer, then having 1 full day off and 1 day working on ourselves through activities such as learning to code or blogging. We get a lot done, and at the same time can maintain it consistently. We don’t feel we need a traditional “2 week vacation”.

So far, the travelling has had a very positive impact on Buffer. We’ve hit some great milestones and managed to grow to 6 people by hiring from my personal network.

There are many great reasons to have people in different locations. One key one for us is in order to provide the high level of happiness through support that we aim for. However, the times when we’ve had the whole team together have been super productive. I think that although we have some great technology for collaboration now, face-time is crucial:

"Most of our portfolio companies open international offices in the US and many of them have development in eastern Europe and encouraging travel between the different sites is the key to getting the face time necessary to build trust and help keep everyone pulling in the same direction." - Nic Brisbourne

One thing we’ve experienced as we have grown the size of the team is that we’ve had to make a decision about whether we want to grow as a distributed team or eventually base ourselves somewhere and establish an office. I think we’ll always maintain the spirit of everyone in the team having full control over their schedule with a lot of freedom, but we’ve started to see benefits of having a base.

Since we eventually aim to have a base, the more people we hire who are not able to work at that base for reasons such as commitments or lack of visa, the harder it will be for us to base ourself in the best place for the business. It seems Ryan Carson has had similar thoughts with his startup Treehouse which is experiencing crazy traction:

"Now that we’re up to 40 people and things are going 110mph with Treehouse, I’ve decided it’s no longer viable to manage the team from another country."

Where is the best place for what you do?

Another key reason for us wanting a base, and planning to be in San Francisco eventually for the long term, is the idea of thinking about the best place in the whole world for whatever you are trying to accomplish.

I see this similarly to if someone wanted to be the best actress in the world, she would inevitably go to Hollywood. We’ve considered many places, but for what we’re trying to do with Buffer, San Francisco and the Valley area is simply the best place for us to be.

Have you thought about travelling with your startup, or do you have experience of trying it? I’d love to hear from you!